Since March 2021, 5 friends are currently in the process of accomplishing the longest north-south crossing of Canada ever attempted. The journey is carried out by human power and without interruption.

The Expedition in Numbers

% of the Earth's circumference

Never before attempted, this adventure is the ultimate opportunity to explore the limits of the mind, to inspire perseverance and to combine adventure, science and education.

Crossing Canada from north to south requires several means of travel. For 7 months, we are progressing by ski, canoe and bike, to cross the equivalent of 180 marathons. 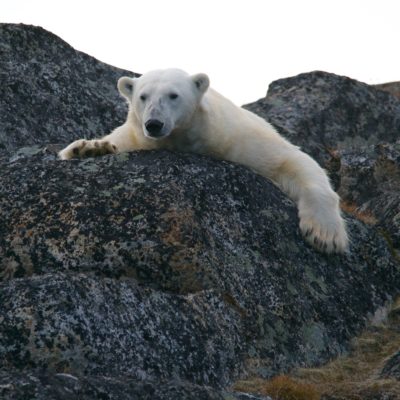 "I met the team in 2018 when they arrived in Nain from their expedition from Schefferville to Nain, throught Nachvak Fjord. They had good will to do such a serious trip and were eager to take on another expedition. A good friend of mine, Jerry Kobalenko, had long dreamed of setting up an expedition to cross Canada from North to South. Inspired by this idea, I studied the route of a trans-Canadian expedition that I named "Imekutailik" (Arctic Tern) as part of a university course. For about three years, that trip was a personal goal but recurring injuries and life made this high unlikely in the near future. Canada North-to-South expedition is very creative, refreshingly so. Few people could genuinely pull this off but I believe they have a fighting chance, as a united team. Perhaps such a trip as this will replace classic routes and as so a better understanding of the complete picture of living and critically thinking of northern Canada."

Countdown before the Departure

AKOR 2021 has been awarded The Royal Canadian Geographical Society's "Expedition of the Year" honour.